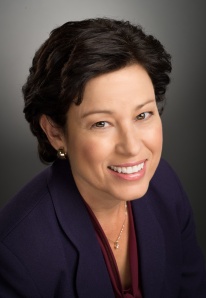 Shelly Esque is a Vice President at Intel Corporation, Global Director of the company’s Corporate Affairs Group, and President of the Intel Foundation. In this role, she oversees professionals in more than 35 countries working to enhance Intel’s reputation as the world’s leading technology brand and Corporate Citizen.

Shelly has represented Intel at highly visible events including the Clinton Global Initiative, the World Economic Forum, World Bank and UNESCO education forums, the Women’s Network for a Sustainable Future as well as international Corporate Responsibility conferences. She regularly interviews with media and meets with key government leaders around the world. Shelly’s group has won many notable awards, including the Committee Encouraging Corporate Philanthropy’s Chairman’s Award for Intel® Teach, a program which has now trained more than 10 million teachers around the world.

Shelly has a passion for coaching and mentoring women, attributing her success to guidance from women as she traversed her path from farm girl to college student (Arizona State University) to young professional and beyond. She is an active participant in Intel’s Network of Executive Women she regularly mentors Intel female employees and is a sought-after speaker for Women at Intel Network (WIN) conferences as she travels the world. Shelly was the recipient of the Greater Phoenix Chamber of Commerce 2011 ATHENA Businesswoman of the Year award for excellence in business and leadership, exemplary community service and support and mentorship of other women. Shelly was also recognized by AZ Business Magazine, along with retired Supreme Court Justice Sandra Day O’Connor and Ambassador Barbara Barrett, as one of the 50 Most Influential Women in Arizona.